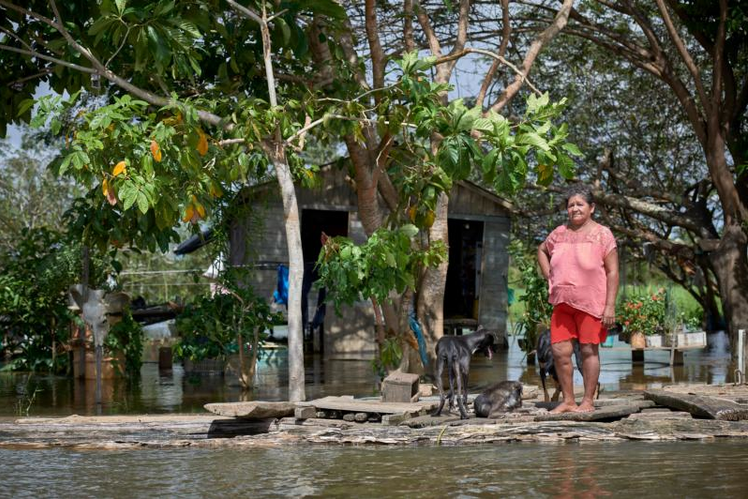 Juscelina Silva Batista, 54, stands in front of her house in the middle of the Amazon River near Santarem, Brazil, April 11, 2019. (CNS photo/Paul Jeffrey)

VATICAN CITY (CNS) — Deforestation, land grabbing and climate change — life-and-death issues raised at the Synod of Bishops for the Amazon — also are wreaking havoc in Central America, Africa, Asia and the Pacific islands.

One likely outcome of the synod is a more coordinated pastoral response to those issues by church workers in every region of the world.

“We hope that the synod will put integral ecology, meaning the safeguarding of the planet, in the midst of pastoral (work),” Jesuit Father Rigobert Minani Bihuzo, coordinator of the Ecclesial Network of the Congo Basin Forest (REBAC), told Catholic News Service.

He hopes bishops will create or strengthen networks like the Pan-Amazonian Ecclesial Network (REPAM), which guided the many presynodal assemblies throughout the Amazon basin.